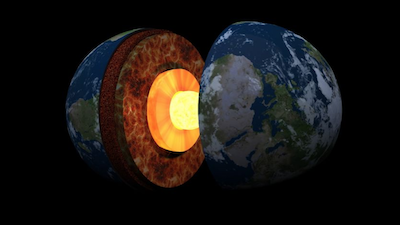 I think the admission tutors appreciated the enthusiasm for learning and understanding that I showed and the friendly, relaxed attitude I displayed in both my interviews.

<p><strong>Q. Tell us about your Oxford Earth sciences (Geology) interview(s)</strong></p><p>&nbsp;</p><pre>A. 1. How many interviews did you have? What was the most interesting interview question that you still remember? - I had two in-person interviews on two consecutive days. There was one question which asked me to think about the consequences that a hypothetical "flat earth" would have on sea-level rise. I liked it because it was quirky and rather unique and made me think outside the box.<p>&nbsp;</p>2. What was the most difficult? (As specific as possible) - In my first interview, I was asked something about the scientific method of carbon dating. While I do not remember the specifics of the questions, I recall it as being the one that gave me the biggest problem. This was because I began giving an answer without making sure I fully understood the question, which led to a rather awkward moment in which I could read on my interviewer's face that I was going off track.<p>&nbsp;</p>3. How did you approach the question? Did you get it? I paused for a moment, composed myself, then attempted to back-track my answer by clarifying the question with the interviewer. I didn't have a go at another answer before I was quite sure I fully grasped what the questions was going at. It made a big difference and I think the tutors appreciated the fact that I did not lose myself after the first failed attempt. Helped along by the interviewer, I finally gave an answer I felt very satisfied with.<p>&nbsp;</p>4. Was there any question from your personal statement? - I began my first interview by being asked a single, short question from my personal statement. I remember it was about something I considered very minor and insignificant, which shows that you should really be ready to talk about absolutely anything you put in there!<p>&nbsp;</p>5. Which aspect during your interviews do you feel appealed the most to the tutors? - I think the admission tutors appreciated the enthusiasm for learning and understanding that I showed and the friendly, relaxed attitude I displayed in both my interviews. When I couldn't give an immediate, direct answer to a question, I always tried to explain my intuition and thought processes, which were, I think, often appreciated. At the end of the day, the students that tutors admit are the ones they are going to have to teach, so just being polite, patient, and respectful takes you a long way!</pre><p>&nbsp;</p><p><strong>Q. Tell us about your Oxford Earth sciences (Geology) interview preparation</strong></p><p>&nbsp;</p><pre>A. 6. What resources have you used beyond school textbooks to prepare for the unpredictable Oxbridge interview questions? - I cannot say I used any "resources" to strictly prepare for the interview. I had about 2 weeks in between when I found out I had been invited to an interview and the actual interview. One of my teachers at the time kindly gave me a book called "So, You Think You're Clever?", by John Farndon, which I read before leaving. It was an enjoyable read and it helped put me in a better mindset for the interviews. Since talking in English was not something I did daily at home or at school, I tried to listen to as many audiobooks in English as I could, which helped me with fluency.<p>&nbsp;</p>7. How much time have you spent on interview preparation in the 1-2 months leading up to the interview relative to you school work? (Hours/week?) - I did not actively do anything to prepare for my interview before I found out I got one, which was a couple weeks before it happened. I was confident in my existing knowledge of Earth Sciences and at the time I didn't even know what I could do to increase my chances. After I found out I was going to have an interview, all I did to prepare was what I said above, which didn't amount to very many hours.</pre><p>&nbsp;</p><p><strong>Q. Since when did you know you wanted to study Oxford Earth sciences (Geology)? What were the aspirations/ motivation?</strong></p><p>&nbsp;</p><pre>A. 8. I had a vague idea that I wanted to study earth sciences in the UK since the beginning of high school, but I did not seriously consider applying to Oxford until the summer before I did. I chose earth sciences because I enjoyed its interconnectedness with other fields of science and because I believed then, as I do now, that scientific progress in earth sciences holds a huge potential for the future.</pre><p>&nbsp;</p>