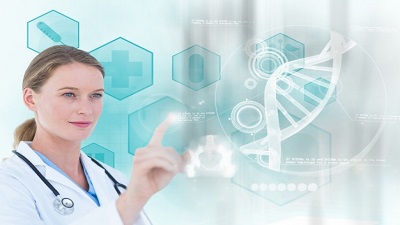 I think being willing to explore ideas, even if they were wrong is important. As long as you have scientific reasoning to explain your ideas then they can see your thought process and see that you can think in a scientific and logical way.

<p><strong>Q. Tell us about your Oxford Medicine interview(s)</strong></p><p>&nbsp;</p><pre>A. Q. How many interviews did you have? A. I had 4 interviews. 2 interviews at Oriel and 2 at St Edmund's Hall.<p>&nbsp;</p>Q. What was the most interesting interview question that you still remember? A. "Tell us about a medical topic you've been reading about." I found this interesting because it allowed me to explore a topic that I liked at the time, and the tutors asked questions that really made me think about the details behind the topic and the way I could design experiments to explore this.<p>&nbsp;</p> Q. What was the most difficult? (As specific as possible) A. I was asked an ethical question about a current health topic. So at the time of my interview, it was the opt-out organ donation policy in Wales, and asked my opinion on it. I think this was difficult because there's not a right or wrong answer and you have to be able to support your opinion. It could also be difficult because you have to understand the background to the issue in order to understand the question and give a balanced response, so it required general reading on current medical issues.<p>&nbsp;</p> Q. How did you approach the question. Did you get it? A. I tried to evaluate both sides of the argument to show that I understood the topic in more depth and then discussed why I held my personal opinion. I don't think there is a right or wrong answer to questions like this, but again they want to see your logical and ethical reasoning.<p>&nbsp;</p> Q. Was there any question from your personal statement? A. No, not specifically, but I was asked to discuss something I was interested in, and I had mentioned this topic on my personal statement.<p>&nbsp;</p> Q. Which aspect during your interviews do you feel appealed the most to the tutors? A. I think being willing to explore ideas, even if they were wrong is important. As long as you have scientific reasoning to explain your ideas then they can see your thought process and see that you can think in a scientific and logical way.</pre><p>&nbsp;</p><p><strong>Q. Tell us about your Oxford Medicine interview preparation</strong></p><p>&nbsp;</p><pre>A. Q. What resources have you used beyond school textbooks to prepare for the unpredictable Oxbridge interview questions? A. Medical/ health journals including the Student BMJ and the New Scientist. If I found a topic particularly interesting at school or I came across it in my wider reading, I would google it and try and read more on it. I would start with basic web pages that explain something simply, and then try to read a couple of papers on it (they may seem hard at first but it takes getting used to. You don't need to memorise the whole article, just take away a couple of key points.) I used the health section of BBC news and other news articles as often as possible from around the summer/autumn time up until my interviews. This was useful for keeping up with current affairs. I also read a few popular culture books. A couple that I particularly enjoyed included: "The man who mistook his wife for a hat and other clinical tales"- Oliver Sacks and "Being mortal"- Atul Gawande. If you can, I would suggest trying to talk through topics that interest you with friends because this will allow you to become better at speaking with confidence about scientific matters.<p>&nbsp;</p> Q. How much time have you spent on interview preparation in the 1-2 months leading up to the interview relative to you school work? (Hours/week?) A. I would spend spare time trying to read journal articles and medicine-related books. I didn't overwhelm myself, as I think it's important to also live a balanced life, so maybe ~8-9 hours a week. Then when the interview was closer, in the few weeks before, I increased this a lot to make sure I knew the topics I might be asked about in detail, so ~20+ hours in the week leading up to the interview.</pre><p>&nbsp;</p><p><strong>Q. Other</strong></p><p>&nbsp;</p><pre>A. Q. Since when did you know you wanted to study Oxford Medicine? What were the aspirations/ motivation? A. I knew for about 5 years that I wanted to study medicine, which allowed me plenty of time to get the work experience I needed. Actually, Oxford Medicine was quite a last minute decision for me because I had only ever visited Cambridge and I really liked it. In the end, I chose Oxford because the city is bigger and there is always a lot going on in the city centre and around the University. Oxford is generally a very attractive city, both aesthetically but also because pretty much everything you need is in the city centre, which makes life a lot easier. The medical school itself is excellent and for me, I really liked how the course was split into pre-clinical and clinical, so that in the 4th year when you first go into the hospital, you can have a lot more confidence in your knowledge.</pre><p>&nbsp;</p>