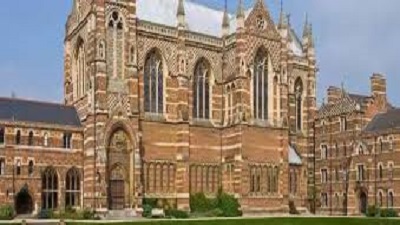 First of all, it's worth noting that Oxford has the largest Classics department in the world, with excellent libraries and facilities. It's a four-year degree, unusually for a humanities course.

<p><strong>Q. Overview</strong></p><p>&nbsp;</p><pre>A. First of all, it's worth noting that Oxford has the largest Classics department in the world, with excellent libraries and facilities. It's a four-year degree, unusually for a humanities course.<p>&nbsp;</p>An undergraduate Classics degree at Oxford ‚Äì properly known as Literae Humaniores ‚Äì consists of a four-year course. Most versions of the degree involve knowledge of Latin and Greek, but you can apply without knowing either as they'll teach it to you. These versions (involving both Latin and Greek) are: Course 1A (for those who come in with a good knowledge ‚Äì e.g. the equivalent of an A Level ‚Äì of Latin and Greek) Course 1B (for those who come in with good knowledge of Latin, but not Greek) Course 1C (for those who come in with good knowledge of Greek, but not Latin)<p>&nbsp;</p>There are also options which only involve either Latin or Greek. These are only available to those who have studied neither language to A Level or equivalent. They are: Course 2A (involving Latin only) Course 2B (involving Greek only)<p>&nbsp;</p>The degree consists of two sets of exams: one after five terms (Mods), and one after twelve (Greats). Mods typically focuses on language-based work: literature, translation, prose composition, with a little philosophy, philology and ancient history. This culminates in ten three-hour exams, often thought among the hardest in the world. Greats gives a wider range of options: you are allowed to study archaeology, modern and classical philosophy, ancient history, all kinds of literature, the impact of classical texts on modern poetry, and much more. It's genuinely quite thrilling to have such a range of options in a single degree.<p>&nbsp;</p>When you start, you typically write one essay a week (~2000 words, with a considerable reading list), as well as preparing books of Homer and Virgil so as to be able to translate them freely. You also have language work (especially if 1A, 1B, 2A and 2B students, who would usually have intensive teaching), so as to be able to compose and translate Latin and Greek. It's expected that you do significant amounts of work in the holidays, mostly consisting of reading original texts. So it's fairly hard work: you'll have a tutorial each week (often one-on-one with a tutor), a language class or two, a smattering of lectures, and ‚Äì crucially ‚Äì a lot of work to do in your own time, including over the vacations. But the texts you'll be reading are excellent; in your first couple of years, you'll be focusing on Homer and Virgil, two of the most outstanding epic poets of all time, and later on, you can study anything from Byzantine literature to post-Kantian philosophy to gender in the ancient world. It's a brilliant, difficult degree ‚Äì a degree that lets you remain a generalist for a while, within the specialised UK degree system.</pre><p>&nbsp;</p><p><strong>Q. What's special about studying Classics at Oxford apart from its name value?</strong></p><p>&nbsp;</p><pre>A. It introduces you to different modes of thinking; it trains you to think as a philosopher, a historian, a student of literature. Ancient Greece and Rome were particularly fertile centres of intellectual and military activity, which makes them very interesting. So apart from being intrinsically worth studying, Classics furnishes you with a rich and wide-ranging set of skills ‚Äì skills of close analysis, problem-solving, imagination, clarity, and joy.</pre><p>&nbsp;</p><p><strong>Q. What's the typical week of a Oxford Classics student?</strong></p><p>&nbsp;</p><pre>A. As mentioned above, Classics is quite a hard degree, partly because it's so wide-ranging and partly because it demands (and enriches) so many different skills. After your first term, you can expect to be researching for and writing two different 2,000 word essays each week, in two different areas. On top of that, you'll have weekly tutorials in each subject you take, which are usually one-on-one or two-on-one with tutors. Then you'll be expected to be constantly reading through the set texts in your own time. You'll only have one or two lectures a week, but most of your time will be spent in a library.<p>&nbsp;</p>Non-academically, Oxford is what you make of it. There's an enormous range of societies you can join. A large one is the Oxford Union, which invites top-quality speakers each week and is apparently a good place to network. I've focused on the thespian side of things, mostly consisting of writing and producing shows (especially musicals). I also play football each week for my college team, and there's a huge variety of sports on offer (including Quidditch!).</pre><p>&nbsp;</p><p><strong>Q. How many Korean, Chinese, Singaporean students in Oxford Classics?</strong></p><p>&nbsp;</p><pre>A. A decent number, but I couldn't say with any accuracy. Certainly enough that it's completely normal, and an Asian student wouldn't remotely stand out. (In my year, an Asian undergraduate won every available prize in Mods.)</pre><p>&nbsp;</p><p><strong>Q. In terms of after-graduation career paths, what is the trend of Oxford Classics graduates? How active is the recruiting during 3rd and 4th years for Classics? Internships? Do international students tend to remain in the UK or go back?</strong></p><p>&nbsp;</p><pre>A. Truthfully, Classics equips you for every career that doesn't require a specialised degree (e.g. becoming a doctor). Classicists often do law-conversions and become lawyers, often become teachers, and also frequently go into business, the public sector, NGOs, and so on. Oxford requests that you don't do internships or get jobs over the holidays, on the grounds that your holiday work shouldn't leave enough time for that, but it's not uncommon to flout this rule. Recruiting is more of a US phenomenon than a UK phenomenon.</pre><p>&nbsp;</p><p><strong>Q. What's it like living in Oxford as a student?</strong></p><p>&nbsp;</p><pre>A. Beautiful. Expensive. Enjoyable. Great facilities. Colleges often have endowments larger than some universities. You can cycle everywhere. It can be isolating if you don't involve yourself in extra-curricular activities. Food varies. Most people live in student houses at some point, but some colleges (e.g. Magdalen) let you live in all the way through. Everything's old, pretty and made out of stone. There's lots of grass.</pre><p>&nbsp;</p>